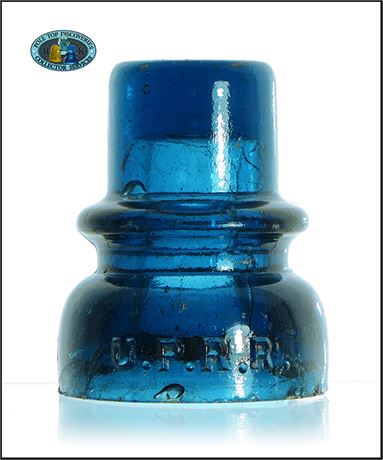 Wonderful, richly colored glass!  Mulford & Biddle was a company which operated in New York City area during the 1860’s. They advertised the sale of telegraph wire, and apparently supplied other telegraph related materials as well.

The vast majority of Mulfords that were used along the Union Pacific received rough handling, resulting in moderate to extensive damage. This one fared far better than nearly all others!  Entire outside area is free of any chips, with only some minor pinhead surface blemishes.  Base has very minor small flakes.  Easily grades very near mint.  One of the very best blue Mulfords in existence!

Striking, excellent depth of color in this gem from the collection of the late John Ayer.