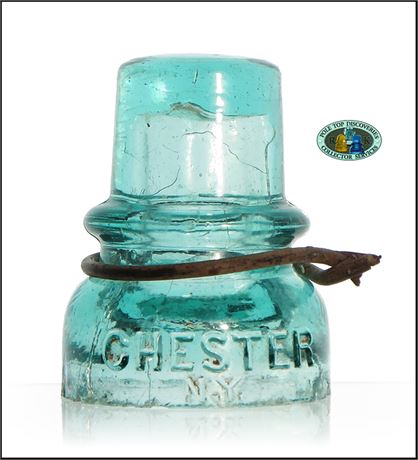 This particular unit was found in the 1980's on the 1865 portion of the Collins line, where Tillotsons were extensively used adjacent to an old section of the Cariboo Wagon Road.  Apparently the original Tillotson that was installed became broken within a short period, at which time this Chester was used as a replacement insulator.

Sharp, bold embossing!  Excellent overall condition with only a little shallow flaking on the base edge and flat base area.  Sparkling, bright glass.  A great example with the original wire still attached!