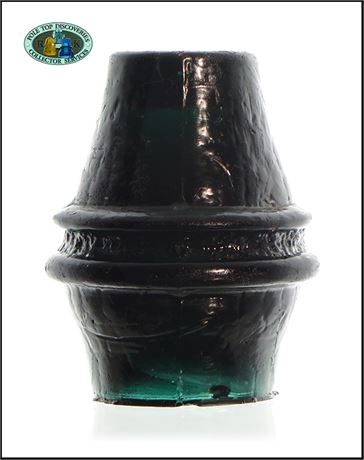 A dark color, but still passes some light through the lower skirt and dome areas of the insulator with window lighting.  The egg style insulator was introduced by William Swain, president of the Magnetic Telegraph Company circa 1850-1851.

Limited numbers have been found in Pennsylvania and New Jersey along the route of the Magnetic Telegraph Company line which traversed from Philadelphia to New York City.  Additionally, they were also used by other companies in areas ranging from New York State, southward to Maryland, Virginia, and most states in the Southeastern US.

This example remains in excellent condition, especially for a threadless egg!  Smaller than pencil eraser diameter open bubble on base has match head flake on edge.  It's very near mint!  Wonderful condition for this damage prone design!