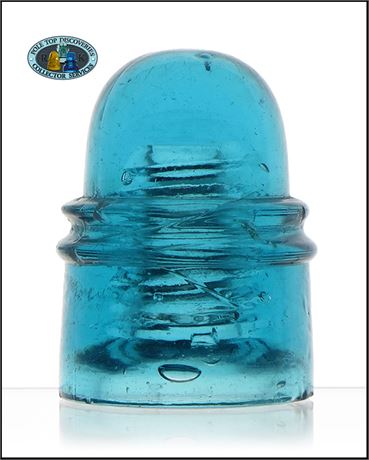 A Canadian telegraph insulator dubbed the "Canadian Boston" due to its similarity in design to the embossed Boston Bottle Works insulators.  Produced in Canada, circa late 1870's-1880's.  Found on the routes of various early telegraph lines, including the Canadian Pacific Railway in western Canada.

An abundance of dome glass and attractive blue toned colouration make it a desirable example.

A small number of light flakes on the wire ridges and base are of little consequence. Most are seen in the photo.  Much nicer than most examples and rates very near mint by many collector's standards, perhaps "minus very near mint" by a few.