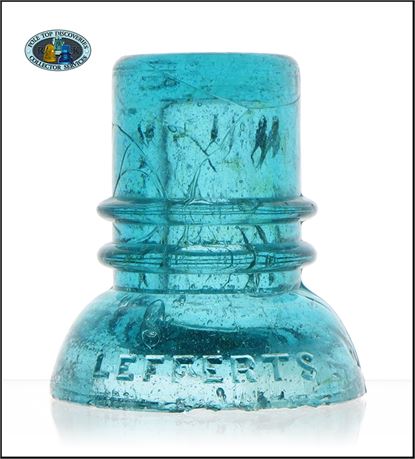 The city of New York was busy with trade during the 1840’s.  Included in the group of local merchants was an ambitious man by the name of Marshall Lefferts.  Among other things, he was involved with the sale of English zinc plated wire.  He supplied the Montreal Telegraph Company with “galvanized” wire in 1847.  The value of that wire was soon appreciated in America too, and he quickly developed a large business supplying it to various telegraph companies.  At first he had it imported from England, and later it was manufactured in the United States. Through the sale of wire, Lefferts came to know a large number of prominent leaders in the telegraph industry.  Because of that association, he became directly involved with the organization and leadership of various telegraph companies in the 1840’s through the 1870’s. Lefferts continued his involvement for many years as both a supplier of telegraph wire, and as an officer for various telegraph companies.  He was active as an officer with the American Telegraph Company into the middle 1860’s.  His impact within the communications industry was greatly felt for many years.

The embossed Lefferts is an early item, dating as far back as the 1850’s and possibly into the 1840’s

An exceptionally crude example with great character!  Numerous creases and folds on the glass surface add wonderful eye appeal.  The second photo shows a heavy fold in the glass surface on the side of the insulator.  The fold starts in the skirt, traverses to the base and rebounds back up into the skirt.  Despite the thin edge created, the entire area remains damage free!  Thick, heavy glass also has numerous bubbles eternally floating within.

Excellent overall condition, especially for this damage prone design!  There's some light nibbling, just to the narrow bead on the base edge (quite minor).  Remainder of the insulator is very near mint. A great example for both condition and character.