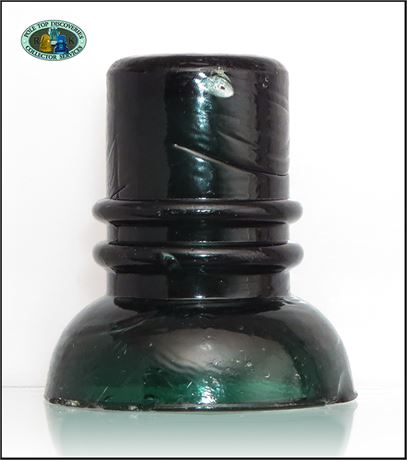 The large hat style was an early design, dating into the 1840's, and with continued usage into the 1850's and 1860's.  Numerous lines in the South used them, and they are often seen in Civil War era photographs, like the one included above, which depicts an area in the vicinity of Harpers Ferry, Virginia (after 1863, West Virginia).

Nice creases on the shiny, smooth surface.  A white bubble beneath the dome surface is fully enclosed.

Fingernail flake up from base is very shallow.  Surface fish-eye on the skirt is a little larger than a pencil eraser diameter.  Flat base chip (shown in second photo) extends about 20% of the base.  Tumble cleaned, but not excessive, having a natural appearing, shiny surface.