Thanks to everyone for your interest in our "Early Summer" sale!

Invoices have been emailed to winning bidders.

They are also viewable online by using the "My Account" tab above/right. 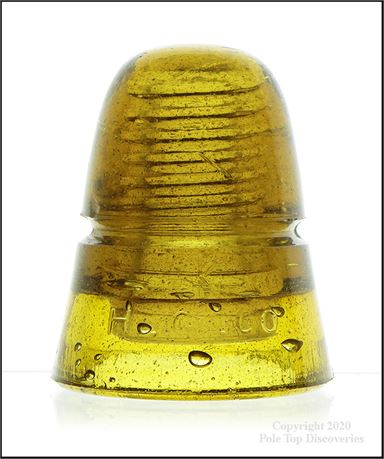 The lightest of the three main amber shades which are typically found in H.G. Co. beehives.  Most were found on communication lines along the Great Northern Railway route in western Montana, northern Idaho and eastern Washington.