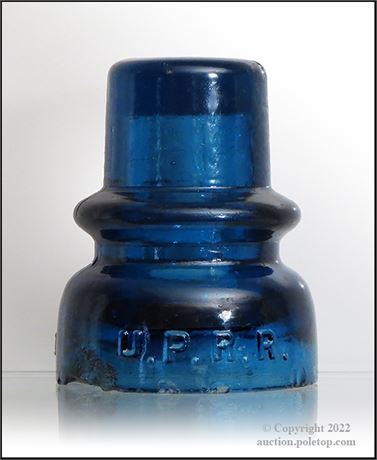 Mulford & Biddle was a company which operated in New York City area during the 1860’s. They advertised the sale of telegraph wire, and apparently also supplied other telegraph related materials, including insulators.

The vast majority of Mulfords that were used along the Union Pacific received rough handling, resulting in moderate to extensive damage. This one fared better than most!

Match head blemish on the dome corner, and associated shallow, surface annealing line.  Other smaller surface blemishes are quite minor.  Base bruise and associated flake type chip is shown in the fourth image.  Overall, a very nice example and worth a premium over the average condition units.