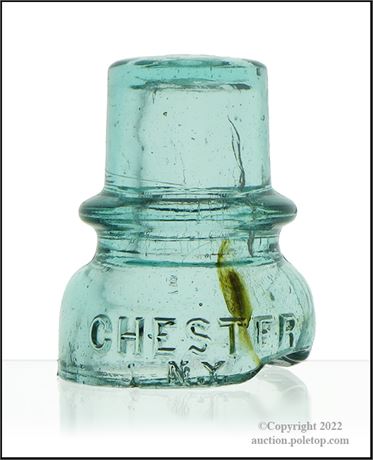 The under-poured base and olive amber impurities add desirable character to this "pilgrim hat" style threadless insulator produced in the 1860's.

Shallow surface flake on reverse base in less than pinkie nail size.  Remainder of insulator in exceptional condition!!!

Sparkling shiny surface....not many around in such wonderful condition!