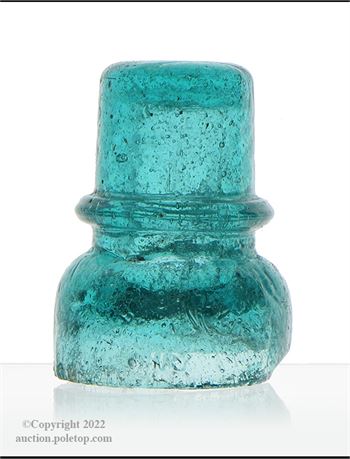 Double character!  The glass is loaded with thousands of tiny bubbles, and there's a massive base under-pour!  Bubbles just under the surface wrap around the contour of the curved base on this 158 year old jewel used on the Collins Overland Telegraph line in British Columbia

Well defined skirt embossing.  Most of the dome embossing is easily readable with the exception of the far right which is hidden by the rippled, crude glass surface.