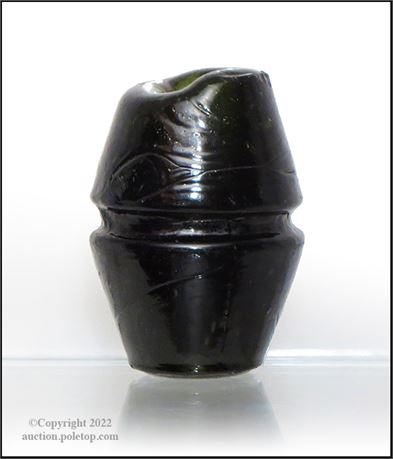 The “Western egg” comprises two slightly differing designs, the 700 and 700.1. They have been found primarily in California and Nevada.   One is reported to have surfaced in Arizona, and a small number have also been discovered in the State of Washington.

These unusual jewels are unique to the West, and were likely placed in service in the late 1860’s, and possibly into the early 1870’s. Both the Pacific Glass Works and the San Francisco Glass Works operated in the 1860’s, and one or both may possibly have produced them.

Several different colors have been discovered in this unusual threadless era design.  Typically found in aqua, all other colors are scarce to rare.  This olive hue is rarely encountered, and the dark coloration contrasts very well with various lighter examples.