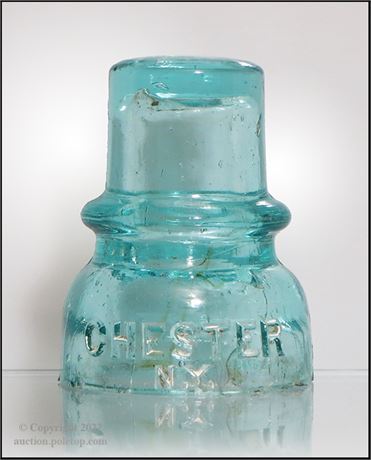 This "pilgrim hat" style threadless insulator was produced in the 1860's.  The 735 style is found with three different supply company embossings.... "Chester," "Tillotson" and "Mulford & Biddle."   The Chester units are under-rated in comparison to the other two, with fewer examples available for purchase.

A little shallow surface flaking on the base is minor.  Remainder of insulator in exceptional condition!!!

Sparkling shiny surface....not many around in such nice condition!